What Studies Say About Horse Asthma Supplements Like Omega-3

What Studies Say About Horse Asthma Supplements Like Omega-3 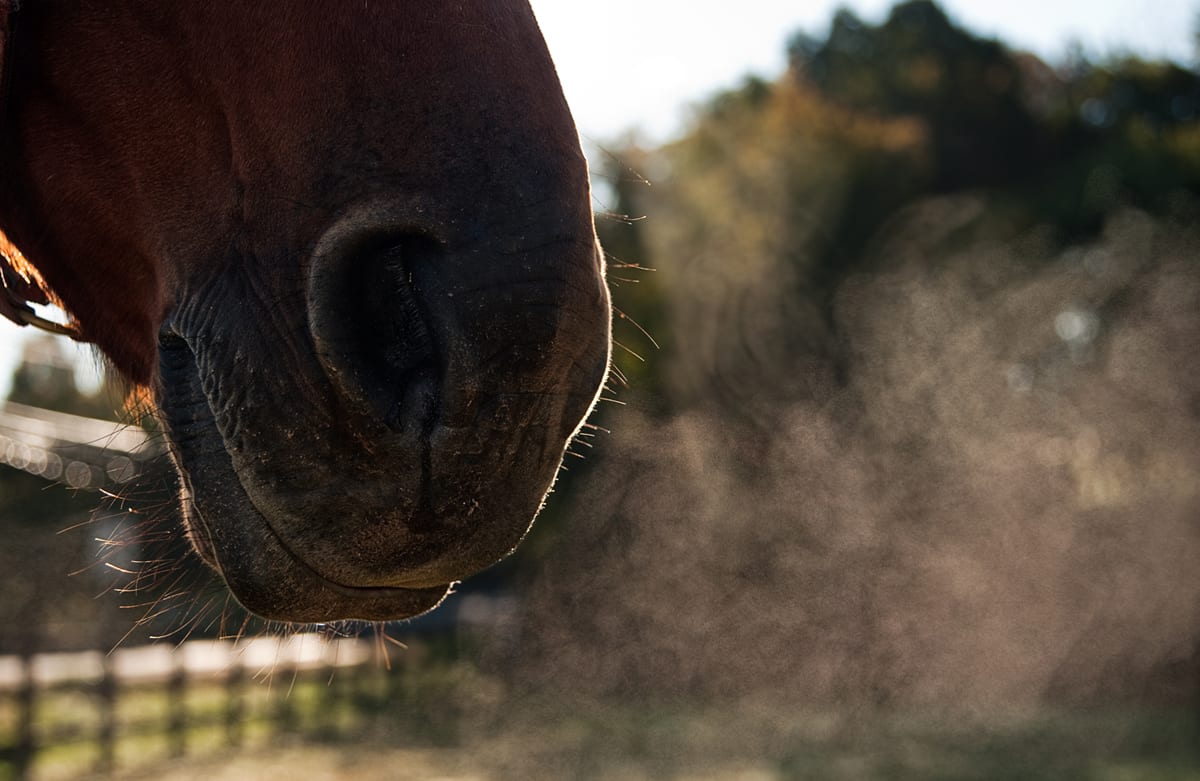 There have been numerous clinical studies that support the benefits of omega-3 supplementation in animals and humans alike. That includes a trial from Purdue University, which revealed a surprising relationship between omega-3 consumption and inflammatory airway disease in horses!

Do Horses Get Asthma?

Equine asthma syndrome (EAS) is an umbrella term that describes a variety of respiratory conditions in horses. It may also be called one of the following:

In the US, severe equine asthma syndrome affects between 10-20% of horses, most commonly in the Northeast and Midwest.

Horse asthma often starts between the ages of 9 and 12 and is usually caused by breathing in high concentrations of airborne dust, mold, and bacteria particles found in hay (and stables). These particles are small enough to lodge in the lower airways and cause immediate – or long-term – respiratory issues.

Winter and spring are typically when stabled horses present respiratory issues while pollen, heat, and humidity are the biggest culprits for horses with summer pasture asthma.

The Effects of Omega-3 on Horse Asthma

Regardless of the source, chronic inflammation is a key feature of equine asthma. Therefore, researchers have been investigating the effects of different anti-inflammatory drugs and nutrients to help manage symptoms. This list includes omega-3 fatty acids – specifically eicosapentaenoic acid (EPA) and docosahexaenoic acid (DHA) – which have long been known for their potent anti-inflammatory effects.

In humans, studies have revealed that higher intakes of omega-3s are associated with reduced asthma symptoms caused by indoor pollution. In addition, epidemiological and observational studies have indicated that omega-3 fatty acids may be effective in preventing and ameliorating asthma.

In horses, there are few studies on the topic to date. However, one 2014 study from Purdue University examined the effects of omega-3 supplementation on horses with equine asthma. In the 8-week study, 32 horses with either RAO or IAD were fed a complete pelleted diet without hay and either: 1.5 grams of DHA, 3 grams of DHA, or a placebo.

All medications were withheld during the study and the horse’s performance, breathing difficulty, and cough were evaluated each week by their owners or caregivers. 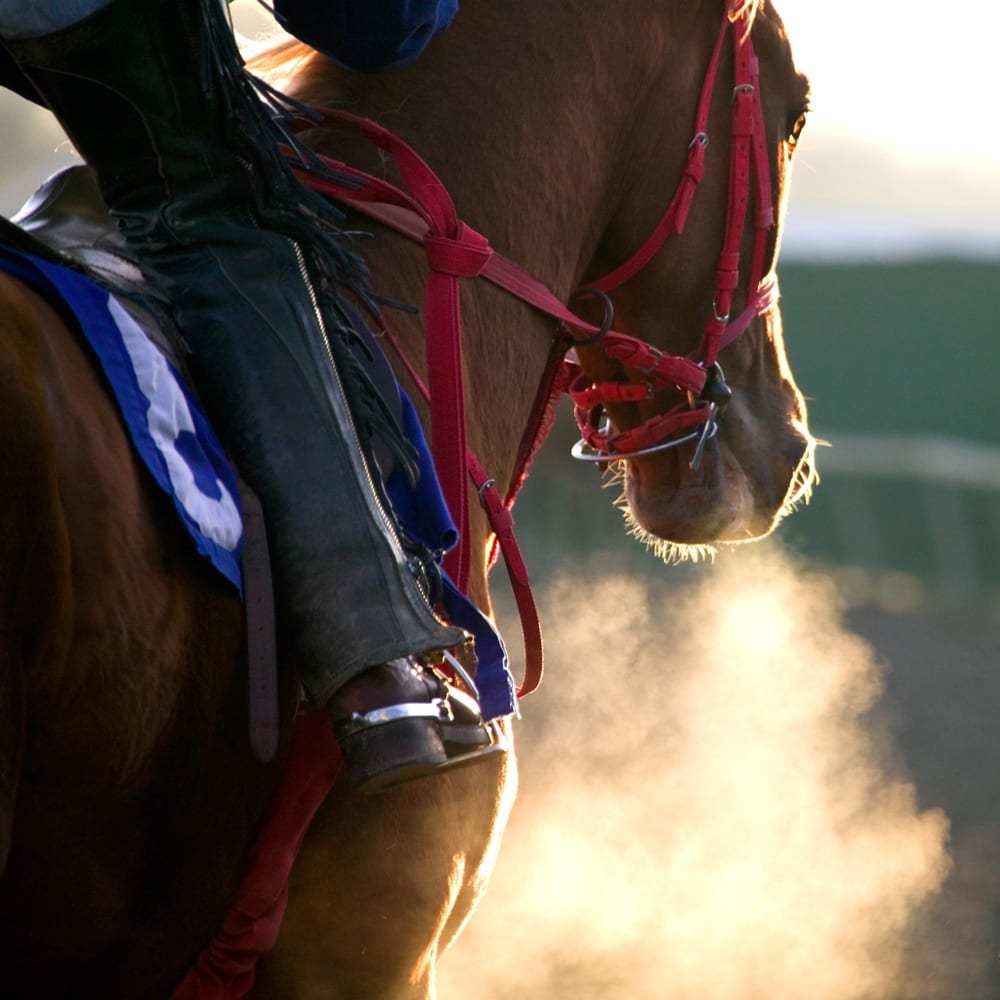 In both animal and human trials, omega-3 supplements show promising results for ameliorating asthma symptoms – likely due to their anti-inflammatory effects.

What This Study Revealed About Horse Asthma Supplements

At the end of the 8-week period, each horse showed improvements regardless of their diet, thanks to less exposure to dust. However, those that were treated with omega-3 supplements showed significant improvement in comparison to their placebo-fed counterparts.

Notably, the horses that received the omega-3 supplements also had a decrease in neutrophils in their bronchoalveolar lavage fluid (decreasing from 23% to 9%). That’s significant, since neutrophils are a key way to measure airway inflammation.

The researchers noted that this low-dust diet along with omega-3 supplementation had “similar clinical benefits to a 3-week course of dexamethasone administration without diet modification.” The authors, however, did add that horses with RAO may still need medication during a flare up.

The Effects of Omega-3 Dosage

In the Purdue study, researchers found that single-dose supplementation (1.5 grams of DHA) was as effective as the double dose (3 grams of DHA) and “did not proportionally increase plasma concentrations of DHA.” The study authors posited that there could be an upper limit on how much DHA was absorbed in the horses.

Another theory is that the source of the omega-3 supplement makes a difference.

While additional research is still needed in horses, some reviews suggest that omega-3 supplements containing DHA and EPA combined may be more effective than products that just deliver one or the other. This is why Wellpride®’s fish oil formulation contains 3 grams of DHA, as well as 4.5 grams of EPA per serving.

Not All Horse Fish Oil Supplements Are Made Equally

While EPA and DHA are known as the two most important omega-3 fatty acids for fighting inflammation, many equine omega-3 products contain neither. Rather, they exclusively supply ALA, a cheaper fatty acid found plentifully in flaxseed and chia seeds.

While ALA is an omega-3, research shows that it is less potent in terms of combating inflammation compared to EPA or DHA. Thus, for best results, it is always wise to closely examine the nutrition facts of any equine omega-3 supplement to determine which (and how much) omega-3 fatty acids it actually provides.

The Health Benefits of Fish Oil for Horses

Did you know that omega-3 for horses with heaves is just the tip of the iceberg? Thanks to their broad anti-inflammatory benefits, omega-3 fatty acids show promise for a range of common horse issues, including: Osteoarthritis, skin issues (like sweet itch and dermatitis), and laminitis.

Wellpride LLLP was co-founded by omega-3 experts Dr. Bo Martinsen and Dr. Anne-Marie Chalmers in 2003 with the support of a veterinarian and researcher consulting team. Wellpride prides itself on making America's #1 fresh fish oil for horses, delivering effective doses of EPA/DHA for optimal joint, digestive, coat, and hoof health.