When Alie, a Friesian mare, got a Cushing’s Disease diagnosis, Cathie White consulted with her veterinarian about the best strategy forward. High on her vet’s list? Supplementing Alie with Wellpride fish oil.

A half year later, Cathie talks about the benefits she’s seen since starting Alie on Wellpride, including an increase in energy, better hock and leg action, and a gleaming coat that turns heads when they show.

Wellpride: Tell us a little bit about your horse.

Cathie White: I have a Friesian mare named Alie. She is 16 years old, and I’ll have owned her for five years on July 28th of this year. We do pleasure driving. And I am also learning to ride her now. We’re having a wonderful time.

WP: What made you decide to try Wellpride?

CW: Alie was pre-Cushing when we got her. We were aware of that. But then she passed over the line and she actually became a Cushing’s diagnosis. My veterinarian, Donna Stevens, recommended Wellpride as a source of energy as we take her off of fresh pasture and other types of feed that are high in sugar. We’ve made other lifestyle changes too, like exercising every day. But Donna Stevens also said – I believe these were her words – “One product that I’ve seen these kinds of horses do well with is Wellpride oil.”

WP: What kind of changes did you see once you put her on the Wellpride?

CW: Well, the most obvious change is her very shiny coat. She gleams in the sunshine — to the point that people accuse me of putting product on her coat to make her shine.

I’ve also noticed — and of course, it could be consequential — increased energy and enthusiasm for her job. The first time I took her to a show after starting on the Wellpride, she was more forward than I was prepared to handle. Lance, my trainer, kept saying, “Slow down!” And I said, “I’m trying, but she’s not listening.” It was because she felt so good, and she was having fun. By the time we went to the second show, we had that figured out. But it took me by surprise at first. 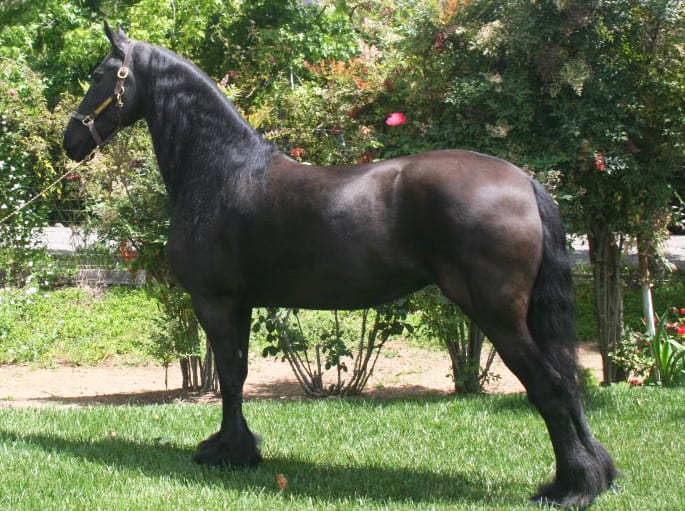 WP: Did you notice any difference for her joints too?

WP: What is it like, giving her the Wellpride oil? I know some horse owners get apprehensive about feeding fish oil.

CW: Absolutely no problem. I just mix the oil with a bit of bran. It never was a challenge. I do the full two ounces at the same time.

CW: I recommend that people give it a try if they have horses with skin problems. I’ve seen so many positive changes and absolutely no negatives with using the product. And there is no progression that we can see in the Cushing’s Disease.