When to Use Fish Oil to Help Rescue Horses

When to Use Fish Oil to Help Rescue Horses 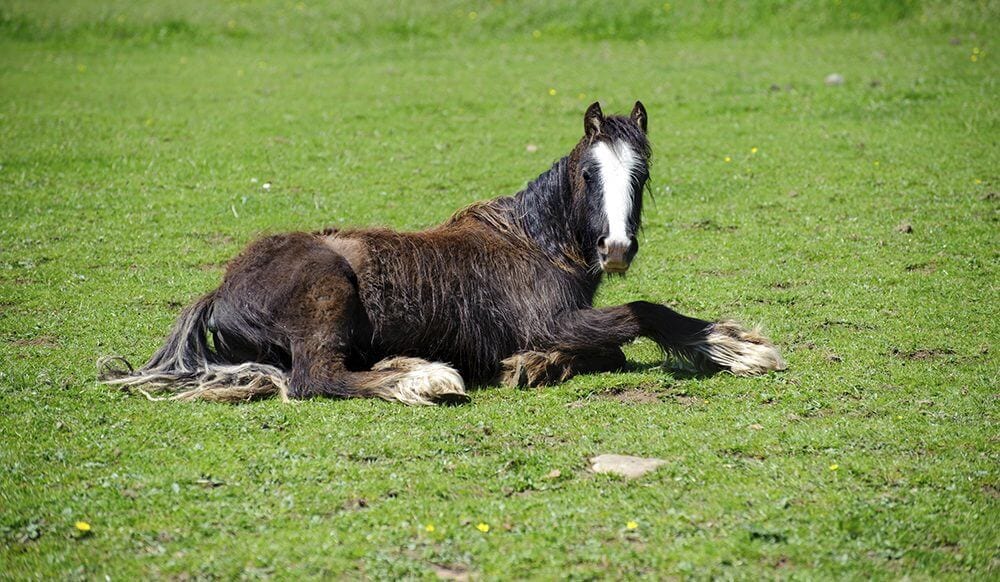 Rescue horses can come in all shapes and sizes and backgrounds. But when people think about rescue horses, it’s usually a starved and neglected horse that comes to mind. Obviously that is a worst-case scenario, and those horses should always be under the care and advice of a treating veterinarian who will closely monitor their health. On the flip side, for rescue horses that are healthier, they may just need some help to optimize their health before being sent on to a new home.

We talked to two veterinarians and the founder of a rescue to determine the conditions they see the most, how they help cases of starvation or neglect, when fish oil is wise to use, and when adding any fat source, including fish oil, is not recommended.

Caring for a Rescue Horse

Regardless of the reason a horse ends up unwanted, it is crucial to put a neglected horse under the care of a good veterinarian.

“First, you need to review the basics to make sure that proper dentition, proper deworming, and making sure there’s no underlying disease,” said Fernando Cardenas, DVM, who also recommends doing bloodwork.

Harry Werner, VMD, owner of Werner Equine in North Granby, CT, has had a lifelong passion for animal care and welfare. He has treated horses in southern New England and eastern New York since he opened his clinic in 1979. He is the American Veterinary Medical Association’s liaison to the Unwanted Horse Coalition, has worked with the American Association of Equine Practitioners to affect equine welfare and public policy, and speaks internationally on the topic of equine welfare.

“Routine wellness care is usually not present,” Werner said. “If the previous owner wasn’t feeding them, chances are they weren’t deworming them or vaccinating them or providing dental care.”

“When they’ve been starved and neglected their thermoregulation capabilities are not normal,” continued Werner. “Obviously the skinny horse is going to get a lot colder in the wintertime in the cold weather. Adequate shelter, clean fresh water 24/7, a trace mineral salt block…those are all things that should be provided.”

He also stresses the importance of farrier care since many times neglected horses have not had adequate foot care and are at risk of laminitis or other foot-originated lamenesses.

It will take time for a neglected horse to recover from the health conditions that may plague him. He could be suffering from parasites, overgrown hooves, skin conditions, and illnesses. Quarantining them is highly recommended. Keep in mind that sometimes it may be better for the horse to deal with increasing his weight and getting gut function back to normal before challenging the horse’s system with deworming and vaccinations. Consult a veterinarian to create a plan on how to get the horse well.

Refeeding a Starved or Neglected Horse

Once these horses are rescued, the phrase “kill them with kindness” can often be unintentionally taken literally. Oftentimes people will want to feed these horses as much as they can and/or give them free choice of whatever feed will make them gain weight the fastest. However, this can be detrimental and sometimes fatal.

Werner has only seen a limited number of starvation cases himself. When he does need to rehabilitate a horse, he follows the refeeding guidelines created by the University of California-Davis. Just as in humans suffering from starvation, refeeding done incorrectly can lead to heart and respiratory problems, kidney failure, and even death.

The guidelines recommend feeding high-quality alfalfa hay in small meals initially, and then gradually increasing meal size while decreasing the number of meals fed over time. Weight gain usually begins after a month of refeeding, since in severe cases normal metabolism and gut function must be restored first. No treats or grain are recommended until the horse is further along in his recovery, because it can delay the return to normal metabolic function or cause death. It usually takes three to five months for the horse to gain enough weight to be a normal body weight, depending on his size.

When to Use Fish Oil

While healthy horses are often given a fat source to help them gain weight, Werner recommends against adding any fat source to the diet of a neglected horse for the first four to six weeks. After that, fat can be added gradually.

“I would not include a fat source in the beginning,” said Werner. “The reason for that, extracted from the data from the University of California-Davis, where they showed a significant drop in serum magnesium and phosphorus when the horses were fed in this case corn oil. In my world, I just don’t go there with any fat substance early in the process.”

Once a horse is in a healthier state, or if the horse was not starved in the first place, fish oil can often be a great addition to the diet. Cardenas agrees with that thought.

“Using fish oil as a source of fat for weight gain is a healthy way to do it, because you are avoiding the carbohydrate overload that can sometimes cause a drop in the acid in the GI system. It’s what we call acid gut,” said Cardenas, who added that ulcers and colic can be caused by acid gut. “A fat works very differently, and so it is safe to use and also has some benefits in preventing or treating ulcers. And it gives them a slow release of energy, and therefore that energy will be converted into weight gain as well. It will do it without disrupting the GI system, unless you do too much. If you overdo it in fat, your horse will start having a loose stool.”

While Werner said he has never fed fish oil, he said that the omega-3 fatty acids could be beneficial due to their purported ability to reduce inflammation once the horse has reached a body condition score of at least a four. A score of 4 on the widely used Henneke Body Condition Scoring System means the horse has reached “Moderately Thin” with a “slight ridge along the back; faint outline of the ribs discernible; and withers, shoulders, and neck not obviously thin.”

Cardenas recommends Wellpride to his clients, uses it on his horse, and takes Wellpride himself. He added that fish oil can help those horses that also suffer from skin problems and who may need to have sustained energy.

Brent Glover, founder of Orphan Acres in Viola, ID, also uses fish oil, but more so for the benefits of the omega-3 fatty acids than as a fat source for starved horses. Orphan Acres has had more than 4,200 horses placed there (rehoming almost 3,000 of those horses) since 1975, and Glover was helping horses in need even before he founded Orphan Acres.

Glover starts his refeeding process with lower grades of hay and gradually builds up the amount of protein and eventually switches to a higher-quality hay. “It’s a process,” he added. “You just can’t go from 0 to 1,000 in one day.”

Rehabilitating a severely neglected horse should be done under the care of a veterinarian. The UC-Davis refeeding guidelines are a good place to start. Once the horse has reached a body condition score of 4 or more, then a fat source, such as Wellpride, can be added for further weight gain as well as the benefits of the EPA and DHA omega-3s.

With 270 kCals/ounce, 4.5 grams of EPA, 3 grams of DHA, and 2 grams of other omega-3s, along with vitamin E, Wellpride has been proven as a beneficial supplement for horses with a variety of ailments and can also be used to help optimize a horse’s health.

Please Note: Those who are quoted in this article are not representatives of Wellpride and do not necessarily use the brand, or fish oil in general. However, we have noted those who do within the article.

Sarah Evers Conrad is currently a freelance writer, digital marketer, and founder of All In Stride Marketing in Lexington, KY. As a lifelong horse lover and equestrian, Conrad started her career at The Horse: Your Guide To Equine Health Care magazine. She then worked for the United States Equestrian Federation as Managing Editor of Equestrian magazine and as USEF's Director of E-Communications before a stint as a travel writer. Conrad is currently the Editor of The Instructor magazine and works with a wide range of clients proving content and marketing services.